“Creation of Eve” of Mostafa Damirchi in Shirin Gallery

The painting exhibition of Mostafa Damirchiunder title of “Creation of Eve” was opened in Shirin Gallery on Friday 5 March.

“Creation of Eve” is one of the most different exhibitions of current year composed of works with contemporary narration of the Iranian painting by using organic colors, in this exhibition the artist has exposed the hidden angels of miniature in bigger dimensions and has given conceptual frame in visual attraction of illustration.

This experienced artist has exposed his works with forms and fluid lines of illustration in context of tiny lines applied in miniature with 3-6 m. lines. He has used organic colors such as coffee, chocolate, cacao, tea and colorful spices.

It is a different exhibition as to technique, material, subject and theme.

On the opening ceremony his 5 works out of 17 works were sold. 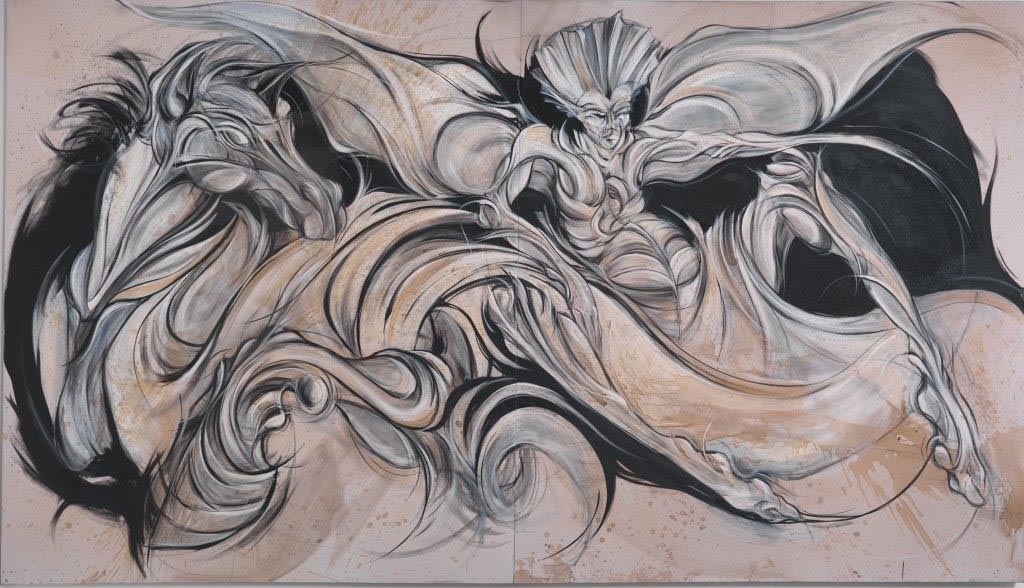 A critic by Mahmoud Nouraei

Contemporary Art means Return to the Past

After 6th Biennial he work was assigned to the Museum which is a great event for a young artist and then he travelled to different countries to create new things.

During the past decade he has lived in different places and has had different studies on art of Middle East.

In “Creation of Eve” he has recreated his own mind and tried to present the same in  a bigger frame. 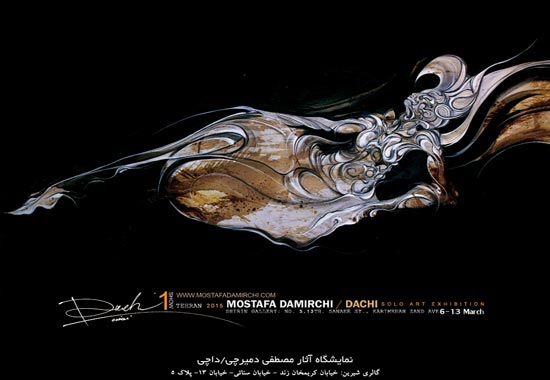 Mostafa Damirchibelieves that he has not censured anything in creation of his works and he has had no limitations.

He has not exposed his works since 10 years ago  and now his new collection “Creation of Eve” will be exposed in Shirin Gallery.

Nomination of his work in the 6th Painting Biennial made him much glad and then he started continuous works and studies and now he has another exhibition after 10 year.

He is a daring artist and always tries to draw something he believes in. Ten years gave him opportunity to find color of his lines.

This collection has tried to define its own narration in big dimensions, he did not like that everything to be ended in A4 size, he emphasized in enlargement of this event and he intends to  continue such daring definition in his next exhibition.

He has tried to keep the cultural myth and myth of his own life and to convert them to animation he believes that similarity to animation is not bad at all; someone must understand the lines feeling and then start such work.

Another feature of his works is their decorative and he believes that the luxury cannot be neglected in the art market. 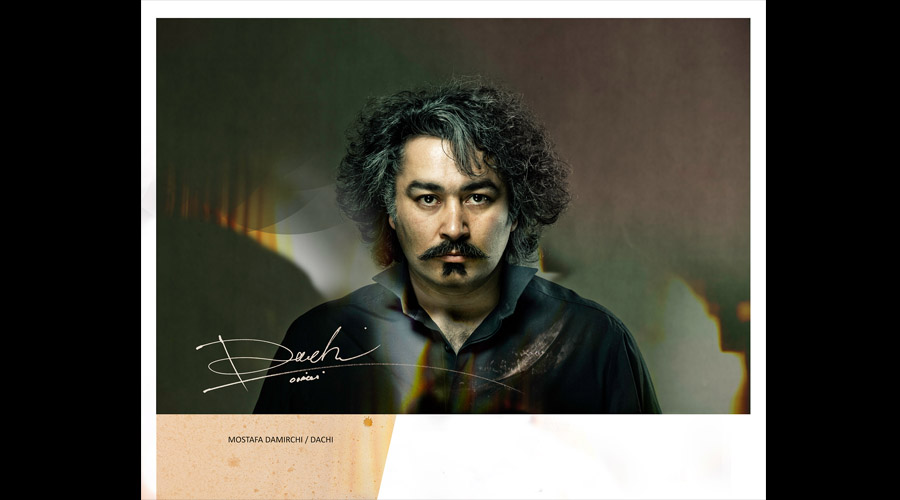 Mostafa Damirchi is one of the winners of 6th Iranian contemporary painting biennial in 2003 and now his work is kept by Contemporary Art Museum. After 10 year he intends to expose his works in Tehran this winter.

For 10 years he has had studies in field of arts specially art of Middle East and Far East. For this reason he travelled to different countries of the works and engaged in artistic activity, he studied philosophy for three years in the far villages of East Asia. Certainly he convened certain exhibitions during these tears like his exhibition in Salzburg of Austria, also he worked on interior decoration during these years.

He has taught his art before the master like Jalal Shabahangi, Reza Hedayat, ....., he used to design 17 years per day for 10 years and studied art for 10 years but his works are not similar to anyone else.

He got prize when he was 35 years old. About his new collection he said three collected of “creation” “ Lover’s Aim” and “Luxury Death” which have not been exposed before and after their exposing in Iran they will be exhibited in Emirates, New York and London. His style is completely known and therefore his works need no signature.

About experiences of his studies he believes that all humans say one thing and the stories in the different religions are expressed with different languages they all talk about one God just their languages are different.

In “Creation of Eve” the human’ descent has been expressed in “Lover’s Aim” which is digital painting, he has shown the experience of love and real happening of today world, the human beings, their relationship and philosophy are all theme of these works.